The second generation of the Hyundai Tucson (also called as Tucson ix in his local market and ix35 in Europe) has been scooped again in South Korea and at this time, partially undisguised including the interior.

The ix35 was launched in 2009 as a replacement for the Tucson in Europe, and was received a light facelift (just new headlights with Day-Time Running LED lights and taillights, upgraded NVH and better interior quality) last year while the all-new model is expected to come out at the of 2015 as a 2016MY. 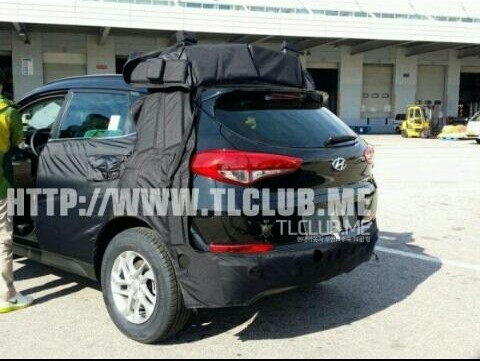 I hope it will sell even more than the actual ix35

the current model has a relative cheap looking and feel on the interior. - Ford Kuga and Tiguan also, but Hyundai can do better.
Nach oben

Hyundai, for me, think that the interior is perfect.
คาสิโนออนไลน์
Nach oben
Antworten
4 Beiträge • Seite 1 von 1